The UStudy team consists of highly qualified and experienced multilingual staff that is dedicated to working closely with students and their families in making their study abroad dreams come true. We are based in the Netherlands, with offices in Canada and Malta. Our clients come from all over the world: the Netherlands, Belgium, Denmark, Spain, Germany, Switzerland, France, the UK, the US and Canada. Our staff is fluent in English, Dutch, German, French, Italian, Spanish, Arabic and even in some Maltese. 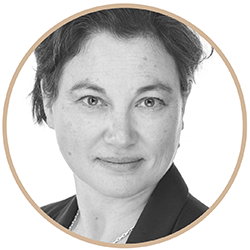 Marina was born and raised in the Netherlands. She completed Law School in Groningen and, at The University of Texas in Austin obtained a masters in Public Policy and studied Middle Eastern Studies. Marina has over 17 years of professional experience in the field of international education, e.g. at EducationUSA/AMIDEAST in Washington DC and Tunisia, at education interest organizations in Washington DC and as a guidance counselor at the International School of The Hague in the Netherlands. She is a Fulbright Grant recipient for her studies in the US and has served on the selection committee for Fulbright grants both in Tunisia and the Netherlands. She studied and worked in the Netherlands, United States, Korea, Tunisia, Malta and Canada where she currently lives. Her children have experience studying in the United States, Canada and Colombia.

Marina is a native speaker of Dutch and is fluent in English, German and has some basic French, Frisian and Arabic.

Katelyn is from British Columbia, Canada and has lived in the Netherlands for a few years.  As a private high school counselor in Vancouver, she advises students on applications to colleges and universities in Canada, the United States, the United Kingdom, India, and China. She has been working with UStudy since 2018.

Growing up playing field hockey and later acting as a coach at the high school level, she has an appreciation for the importance of sport in a student’s life.  She has experience with a variety of application systems from around the globe, and recognizes the value of a strong application for each candidate.

Katelyn is a native English speaker. 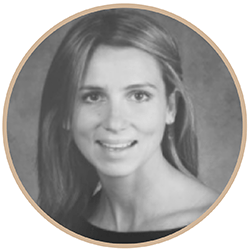 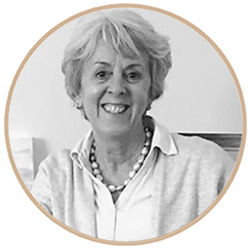 Kitty is a native Dutch speaker and is fluent in French and English.

Furthermore, Carla is an expert in the Spanish international education business. She has worked for the ERASMUS Bureau of the European Union in Brussels, the University of Gent in Belgium, the Santander Group of universities in Spain and for three Dutch universities. For more than 10 years she has been working as a guidance counselor for University of California students studying abroad at universities in the Netherlands.

Carla is married to a Spaniard and has two sons. She is a native speaker of Dutch, fluent in Spanish and English and has some basic German, French and Italian knowledge. She divides her time between the Netherlands and Spain. 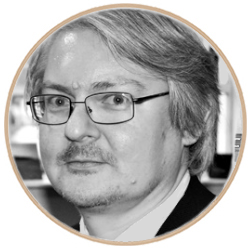 Phil has worked in UK post-16 education for nearly 30 years in various admissions, guidance, and marketing roles. He began his career in 1990 at Liverpool John Moores University, working within the academic registry, and from 1999 to 2007 was Student Recruitment Manager at the London School of Economics and Political Science (LSE), one of the leading social science institutions in the world. Phil’s work at LSE covered advice and guidance for both undergraduate and postgraduate study and he travelled all across the UK and the length and breadth of Europe supporting and encouraging students.

Since 2007, Phil has worked as a consultant advising thousands of students and their families regarding their study options in the UK and supporting them through the entire application process. As a trained proof-reader and copyeditor, he is particularly useful when it comes to preparing the application essays and while he does not write them for students, his advice is invaluable. Phil’s knowledge and experience has helped many students gain a place at their first-choice university, including Oxford, Cambridge, LSE, UCL, Imperial College, Durham, Edinburgh, Manchester, Bristol, Warwick, as well as specialist institutions such as Central Saint Martins in London and the Liverpool Institute for Performing Arts. He studied at the University of Central Lancashire and at the University of London. Phil lives in the United Kingdom.

Amy McGriff, our Application Specialist, is responsible for the client’s enrollment process. With a background in Recruitment, she is extremely competent when it comes to building resumes and composing proper cover letters. She studied at Santa Rosa Junior College in California and at the Royal Academy of Fine Arts in The Hague. She has lived in the US, the UK and currently lives in the Netherlands.

Amy is a native English speaker and is fluent in Dutch. 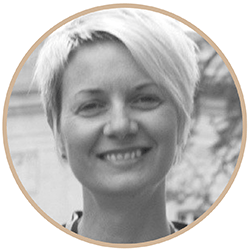 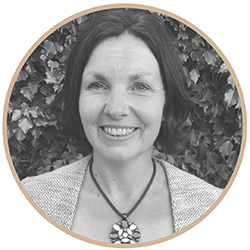 Rachel is responsible for the client’s enrollment process. She is a qualified lecturer and taught Health and Science at Southdowns College in Hampshire, England. She has a background in career counseling, where she guided and helped students prepare for their future careers and education. She lives in the Netherlands.

Rachel is a native English speaker and understands Dutch well.

Ibrahim is responsible for UStudy’s financial administration. He worked as a senior lecturer in Arabic for the United States Department of Foreign Affairs (Foreign Service Institute) both in the USA and Tunisia. He was selected as the only Yemenite in the 80’s by the US government for participating in the prestigious study program: Multi-Ethnicity in the USA. Ibrahim holds a degree in International Business from the University of Sana’a. He previously worked in finances at Shell International and Reebok in the Netherlands. Originally from Yemen, Ibrahim has studied and worked in various Middle Eastern countries, the United Kingdom, the United States, the Netherlands and now Canada.

Ibrahim is a native speaker of Arabic, is fluent in English and Dutch and speaks some Maltese. 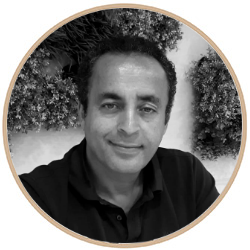 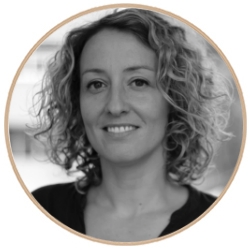 Lonnie is an expert in the Netherlands higher education system. She obtained a master’s degree in communications at the University of Twente and worked for 10 years in student communication at Saxion University of Applied Sciences. She knows all there is to know about the education system and application process, university programs and Dutch culture, and how to match each to our students’ wishes and demands.

Lonnie has established a large network of Dutch university admissions officers. Since 2018 she has worked as a counselor for international students who are considering studying in the Netherlands. Lonnie helps students find the right program and advises them on how to complete the application process swiftly and efficiently.

Lonnie is fluent in Dutch, English and Italian.

Mariette has been working for UStudy since 2018. She is the event coordinator and it is her role to inform and engage future students who wish to study abroad. She also coordinates the work of alumni as UStudy ambassadors.

Mariette experienced the value of UStudy services when her oldest daughter went to the US to study and play field hockey for the University of Virginia. She therefore has first-hand knowledge of how important our guidance is for applicants. It absolutely contributed to her daughter having a wonderful experience in the US.

After earning a bachelor’s degree at the Hotel Management School in Lausanne, Switzerland, Mariette started her career at Quest International, an international company specializing in flavors & fragrances. At Quest she was worked primarily with multinational customers.

Mariette is fluent in Dutch, English and French. 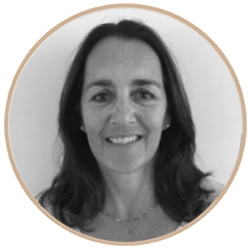